Cory Booker has been considered a rising star on the left for years now. He is bright, engaging, and forceful. Before the ink was dry on Hillary Clinton’s loss to Donald Trump, people had already started floating his name as a potential nominee in 2020. In fact, I posted something to that effect halfway through his speech at the DNC this year. There is only one problem with this narrative: Cory Booker isn’t a REAL progressive.

Booker’s vote against a largely symbolic piece of legislation regarding the legalization of purchasing drugs from Canada is latest hit from liberal ‘No True Scotsman’ logical fallacy theater. To his growing number of critics, it is proof positive that Booker is in the pocket of Big Pharm, and thus nothing more than another Hillary like crony capitalist. I’ll delve into this nonsense further down, but for the unfamiliar, I’d like to first explain how the fallacy works.

The ‘No True Scotsman’ fallacy is all about establishing an arbitrary and assumed ‘fact’ as universally true that allows the user to deflect any counter-arguments as irrelevant. The classic example is an argument about the statement that “No Scotsman puts sugar on his porridge.”

Since no Scotsman puts sugar on their porridge is assumed true, the only explanation is that Angus must not be a real Scotsman.

Therefore:
4) Angus is not a counter-example to the claim that no Scotsman puts sugar on his porridge.

1) The Bible claims that it is the inerrant word of God.
2) Everything in the Bible is true.
Therefore:
3) The Bible is inerrant.

People use this sort of logical fallacy in order to make the premise of their argument unfalsifiable. It is lazy and ineffective logic. Stop using it.

The right has been using it to disastrous effect for years. From Grover Nordquist tax pledge to Jim Jordan’s crusade to make sure no one in Congress ever does anything, activists on the right have continually forced politicians to cede nuance and diversity of opinion for orthodox acceptance of their preferred party line. Stalin would blush at the success they have had in stamping out individual thought and governing in the interests of your constituency. No True Republican can be anything but stridently anti-abortion, anti-gun control, anti-public education, anti-social welfare, anti-Medicaid/Medicare/Obamacare, and pro-military spending. The charlatans pushing the no true Republican narrative– namely the right-wing infotainment echo chamber and a handful of hucksters like Ted Cruz and Jim Jordan– will come hard after anyone who thinks for themselves or votes in the interests of the people they were elected to serve in Congress. Do you want to support a government program because it has been good for the people of your community? Too bad. Are you willing to compromise on an issue you or your constituents are not deeply committed to in order to push forward an agenda that is much more important to you/them? There is no room for such deal-making. If you break from the heard you are labeled a RINO by traditional right-wing infotainment or a cuckservative by the odious alt-right. And as John Boehner can attest, this is basically a career-ender. 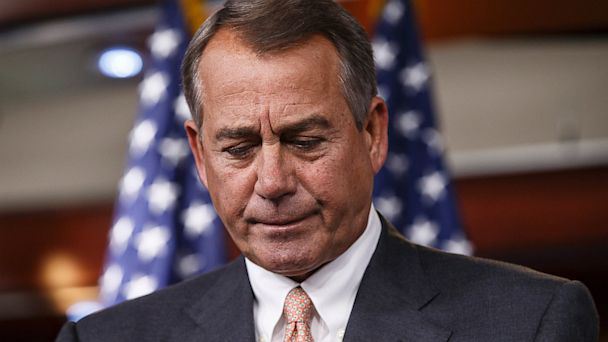 The Alt-Right had a field day with the crying Boehner memes and the idea that the former Speaker was not a real man (or conservative). The traditional right and middle-left media did little to combat this narrative.

This problem is hardly unique to Booker on the left. Indeed, it was one of Hillary Clinton’s major challenges in shoring up the base and getting out the vote. It might have even cost her the election. Put quite simply, for those on the far-left, nothing short of complete alignment on their pet issues is good enough. They are no more logical or intelligent than the Tea Party folks they have mocked for years. In many ways, the only difference I can see is that one group is really into historical cosplay and the other worships an elderly man from Vermont. 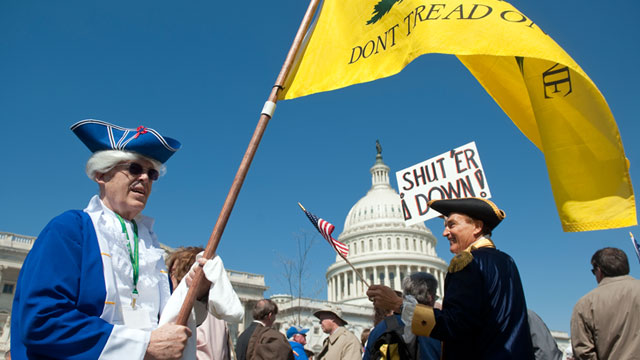 Conservative Cosplayers show up at the capital to protest taxation with representation.

There is a lot to unpack in the criticism of Booker, but at its core, his opponents are playing the “No True Progressive Card.” The only progressivism that matters to them is economics. You must be against whatever businesses Bernie and Elizabeth Warren tell you to be against. “Big Pharm,” like “Big Government” on the right, is a favorite boogeyman. No True Progressive could support something that favors Big Pharm! They must have bought Booker! So sayeth Bernie Bro Walker Bragman, who told liberals they should vote for Donald Trump because “he’d shake things up.” This attitude is common, even among my most educated and typically thoughtful liberal/Democratic friends. And it is absurd.

The major problem I see with Booker is that where he chooses to fight his battles is an arena that white liberals simply don’t care about– civil rights. Only the most craven of Booker’s critics try to impugn his record on this issue. For most progressives, the fight for civil rights, especially regarding black people, is as dead as it is for conservatives. “Isn’t it cute that Cory Booker went against Senate tradition and testified against Sessions?” was more or less the response among liberal bloggers, news outlets, and social media. Booker voted against a symbolic bill that would have angered thousands of constituents, including big donors, back home? OUTRAGE. TRAITOR. DINO.

Like Barack Obama before him, I don’t agree with Cory Booker on quite a few issues. For example, I think his education policies are desperate half-measures that will do little more than enrich a few speculators and further impoverish the lives of many already abandoned children. This is bad policy and I am 100% against it. But I also recognize that he is an amazing promoter, campaigner, energizer, and compromiser who has worked tirelessly to bring attention and movement to issues that he cares about. These are skills I value in a politician. They are necessary for winning a national election and governing in the 21st century.

I’m not interested in supporting an anti-capitalist, populist progressive agenda. Your “New, New Deal” would look a whole lot like the last one. Great for working and middle-class whites (and probably only the men). It would be disastrous for people of color (and everyone else on the margins of society). And no true progressive would be supportive of that.