If it wasn’t clear before last night, it should be now. Our long national nightmare with Donald J. Trump is coming to its merciful end. But Trump has never been one to go gently into the night. If he can’t simply take his ball and go home, he’d like to destroy the ball so no one else can enjoy it.

These were simplier times. Where blacks and women knew their place, Latinos still all lived in Mexico, and little Donald Trump’s hands were appropriately sized for his body.

Ever the spoiled, bratty schoolboy, Trump engaged in his standard fare of churlish insults, thin-skinned responses, and “I know you are, but what am I” rhetoric. 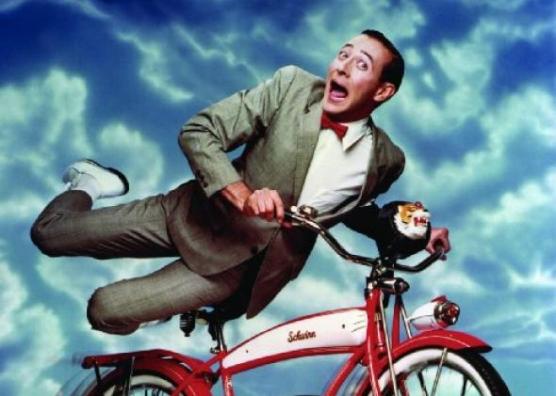 It wasn’t vitriol that made this campaign so unique– politics has always had plenty of that. It was the lame and childlike way that Trump went about insulting his opponents. Little Marco. Lying Ted. Chris Christie is fat. Jeb! has low energy. Crooked Hillary! These lines might work for low-brow entertainment– you can get people to watch your imagined reality show about B-list celebrities interning for your company or to sell duck hunting gear by tossing out such pithy lines, but they are unbecoming for a candidate for the President of the United States. Idiocracy was not a how-to manual.

So Donald dug in his heels and proudly proclaimed that he would keep us in suspense as to whether or not he would accept the results of the election. Crooked Hillary shouldn’t even be in the race! The media piles on him. There are millions of people registered that shouldn’t be. The proud papa of the birther conspiracy is hard at work laying the foundation for his next con– I didn’t lose the election, it was stolen from me. This idea is ludicrous. Donald Trump’s only chance to win this election was to enlarge his support base, drawing in disaffected liberals and independents by toning down the rhetoric that got him the nomination and offering more sane and defensible policies. Trump disagreed. His nationalist message would appeal to all Americans!! Latinos would get over him calling them murders and rapists. Blacks wouldn’t care that he said they were stupid, lazy, violent criminals in need of repression given the nightmarish living conditions they live in. Women wouldn’t care if he forced his tongue down their throats or grabbed them by their pussy. 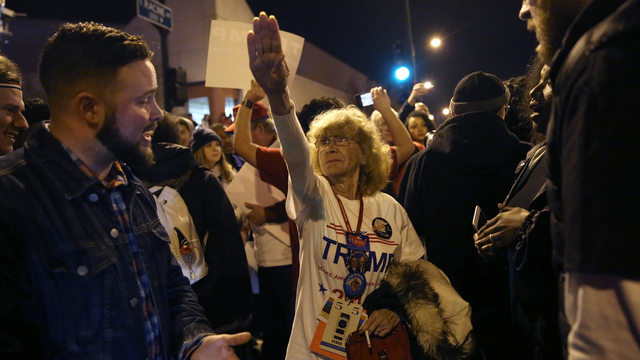 Ignoring the necessity of reaching a larger audience in the general election, as he has the whole election cycle, Trump continued to pander only to the most disgusting, illogical, and unAmerican part of his base. Politically, this was insane. You can’t win a national election on the votes of elderly neo-Nazis, alt-right trolls, and the hereditary Dixiecrats. He faced an uphill battle from the start– his primary campaign basically ceded all minority votes to the Democratic party, making his electoral chances incredibly narrow. To win, Trump needed low youth and minority turn-out and he absolutely had to dominate the white vote beyond elderly and non-college educated men. There just are not enough people like this woman above to carry him to victory. It is simple math. The winning message to reach most of suburban conservative/independent voters– especially the college educated ones and women– was to talk about abortion, guns, and the particulars of how the Democratic policies of the last eight years failed them. Instead, Trump paid only lip-service to these standard GOP talking points and took a different approach. He would self-promote, speak off the cuff, and push a dystopian narrative about the dark times the United States are in. This turned out to be a really stupid plan.

Trump is barely hanging on to college-educated white men, a group he needs to dominate in. Most of them can barely stand him, but are willing to hold their nose in order to get the tax rates and Supreme Court justices they desire. He is losing badly among college-educated white women. Big surprise. His attitude and behavior towards women–particularly women who are trying to be taken seriously in the workforce– is beyond repugnant. They will not hold their nose for him. They will end his pathetic political career. Educated, suburban whites pride themselves on respectability, industriousness, and their commitment to high-minded ideals. Donald Trump represents the antithesis of these values and virtues. While they may have bought into the Fox News notion that their values and way of life are under a constant liberal assault, they are not ready to live in Donald’s alternative reality where America has descended into a hellish and chaotic landscape where deadly threats and signs of our imminent collapse lurk around every corner. This is a bridge too far for people who drive luxury SUV’s back to their McMansions. Hell, it is too far for people driving a 10-year-old Honda Accord back to their little mid-century ranch or two bedroom apartment. The America Donald Trump describes simply doesn’t exist. Least of all for the people he is trying to appeal to.

Hillary Clinton is a massively flawed candidate. Her shifting positions on things as fundamental to liberals and moderates today as civil rights, crime, LGBTQ rights, health care, and trade are a tough minefield for any candidate to navigate. Her husband’s scandals, her hawkish foreign policy, her email server, and Clinton fatigue should have sank her campaign. Indeed, a more reasonable candidate like John Kasich could have really hammered her and had a better than fighting chance of getting elected. But the GOP base didn’t want moderate conservatism. They wanted a full-throated embrace of the racist-nationalist program of the alt-right. They wanted to take back their America.

It isn’t theirs to take. And we are not giving it back. Trump can protest the election all he likes. He can make his vague threats and play to the fury of the anti-government, tinfoil-hat wearing portion of his base, but he can’t actually usurp power or undermine our democratic institutions. Our police and military are not about to allow the republic to fall to a crowd of old racists and lonely internet trolls. Ultimately, his followers are just as empty and impotent as he is. They will crow about their strength and anger, make a big scene about how they won’t accept this election, and then they will slink off to whine about it online. They are much tougher when they have their keyboards out than when they have to venture into reality where people can and will react to their bullshit.

Doesn’t it just feel right that the most absurd and cynical campaign in US history should die in the most surreal place in America? Could it have happened any other way?