The recent release of body cam footage from the Paul O’Neal shooting in Chicago has me thinking about violence and government. Specifically, it makes me wonder if you can even call what is happening on the streets of our most dangerous cities police violence or if it is better characterized as a vacuum of the legitimate rule of law. These interactions are not reflective of citizens with their law enforcement officers– they are conflicts between enemy combatants. 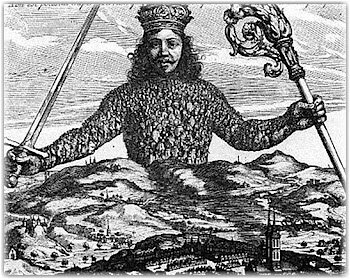 In essence, the people of poor minority communities and their police appear to be living in what Hobbes would call “the state of nature.” This is a complicated distinction, but for my purposes, it primarily represents a society without legitimate government. In this stateless form, people are left to fend for themselves– Ayn Rand’s fantasy! Only instead of a society of makers and takers, we have a society of crushing poverty, crime, and wonton violence– George R.R. Martin’s fantasy! Hobbes would claim that we can best understand the behaviors of people in a state of nature as a state of war, each individual against all others. In Hobbes state of nature, there is no notion of the greater good. This is a luxury one can ill afford to indulge in. Instead, people must constantly be fearful that others are coming to kill them for their property and that any act, including killing others first, is justified in protecting what is yours.

In such condition there is no place for industry, because the fruit thereof is uncertain, and consequently, not culture of the earth, no navigation, nor the use of commodities that may be imported by sea, no commodious building, no instruments of moving and removing such things as require much force, no knowledge of the face of the earth, no account of time, no arts, no letters, no society, and which is worst of all, continual fear and danger of violent death, and the life of man, solitary, poor, nasty, brutish, and short.

In the state of nature, the use of violence is predicated on fear and opportunity. I think we see plenty of this in the O’Neal case and many others. Read what those cops said about the shooting. One thought the suspects had opened fire. Another replied that it wasn’t the suspects, that it was police bullets flying past them. Another admits he simply started firing because he heard shots and feared that it was the suspects shooting cops. Wild firing with little/no knowledge of why you are shooting in a densely populated residential area? These are the actions of people who are more concerned with their personal possessions (especially the most precious one, life) than they are for the greater good.

I’ve had quite a few police officers contact me– rudely and vaguely threateningly– to explain how I can’t possibly know what it is like to be out there on that line, never knowing if this is the stop that gets you killed. Many black friends and colleagues have opined the same. I’ll note, none of this latter group insulted me or accused me of wanting them dead when they expressed their fears. But it appears clear that for both parties, there is no existing social contract. This is the great problem with policing in America.

Policing can only work when the policed accept their presence and authority. This is not something that can be imposed. No amount of force can compel this respect. Nor threats of retribution, heavier policing, or a firmer hand. It must be given willingly by the people. The people must authorize police action by submitting themselves to collective laws. They will only do this if they feel that doing so will get them out of the miserable state of nature where each person must constantly be on guard for fear of death or violation. If the people do not consent to the laws, in this context because the laws have been unjustly written and enforced with racial prejudice, therefore, offering them no escape from the state of nature, then no state of legitimacy can be said to exist.

Legitimacy is the key.

In 1919, Western society was reeling from violence on a scale the world had never seen or even imagined. Our great leap forward in the late 19th century looked like a catastrophe, as the convergence of industrialization, science, imperialism, and nationalism seemed to be causing society to implode. Political revolution was in the air! Victors and vanquished alike struggled to answer why this war had been thought and what should come next. The nature and composition of government moving forward was very much in question.

In this context, Max Weber gave his famous lecture on Politics as a Vocation that remains one of the foundational pieces of introduction political science and sociology courses the world over. Weber began this lecture by telling his audience that the definition of a state is an entity that holds a monopoly over the coercive use of force in an area. Weber uses this definition as a launching point to talk about how politicians appeal to legitimacy in their authority, identifying three tracks: tradition, charisma, and laws. There are two pieces of Weber’s work that are instructive for the state of policing in America today. One, the state clearly does not have a monopoly on the coercive use of force, therefore one could claim that the state does not exist in places like Ferguson or Chicago. Two, the three appeals to legitimacy are not equal and only one can function in a pluralistic democratic society.

A state that uses tradition relies on shared experience and agreement with the habits of said “eternal past.” As Weber recounted, this sort of authority only works in patriarchal, autocratic, and “traditional” societies. Traditional appeals to authority cannot stand up to the rigor of logical thought and when confronted quickly lose legitimacy in the eyes of the unbeliever. A state that tries to enforce traditions on unwilling outsiders will fail. They have no legitimacy to rule in the eyes of the governed.

Charismatic states rely on popularity to grant them legitimacy. Whether it is the piety of a prophet, the bombast and “yuuuuuuuuge”ness of a demagogue, or the mob mentality of popular/majority rule, this sort of state is plagued by the oppression of dissenting voices. This is the most dangerous (and least legitimate) form of government. Authority rests in a single person and is subject to their whims and vanity.

The third form is legal authority. In this form, Hobbes meets Weber, as the legal appeal to authority rests on rational competence and faithful discharging of duties by “the servant of the state.” A greater good is the claim this form makes to legitimacy. We will submit to these laws and the use of force to uphold them because they serve our collective good.

We failed to deliver a legitimate form of authority on the south side of Chicago and many other places in this nation. Instead, we have created an anarchic state of nature, where men and women cannot build to anything greater because they are forced to fend for themselves in the most basic of ways– protecting their property (and lives). Creating legitimacy requires real effort on our part. We cannot simply demand that blacks submit to our traditions (especially when most of our traditions include stealing from them economically and physically). Nor can we rally behind some bloated strongman, hoping that he can bring order through brutality. This is incompatible with democracy and has never worked on a people who have drank from the elixir of liberty. Our only choice is to build legitimacy through fair treatment and an honest commitment to the greater good. Take a stroll on the south side of Chicago or the streets of Detroit and tell me what we have left behind there is for the greater good. Tell me that the people of these areas should feel like they are part of our social contract. This contract is not valid. Until it is no effort at policing is possible. All we will get is more of this militarized occupation and the death and destruction it brings with it.